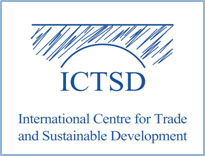 High Road Strategies principal Joel Yudken was a featured speaker at a recent international conference organized by the International Centre for Trade and Sustainable Development (ICTSD), headquartered in Geneva, Switzerland, and the Research and Information System for Developing Countries (RIS), of New Delhi, India. Held at the Habitat Centre in New Delhi on March 30-31, 2010, the event, Trade and Climate Change in Emerging Economies: The Competitiveness, Technology, and Intellectual Property Rights Dimension, was billed as an informal dialogue to explore issues at the interface of trade and climate change that are of concern and interest to the emerging economies. It’s purpose was to engage key players in a non-negotiating setting to explore a positive agenda for developing countries in the process of climate change negotiations in light of developments at Copenhagen. Dr. Yudken’s presentation included a review of the current state-of-play in the U.S. political debate over climate policy, and an assessment of the competitiveness impacts of climate policies on energy-intensive industries (building on recent work on this topic), with special attention to climate-related border adjustment measures. Although mostly an Indian audience, the conference also included speakers from China, Brazil, Ghana, and the European Union.